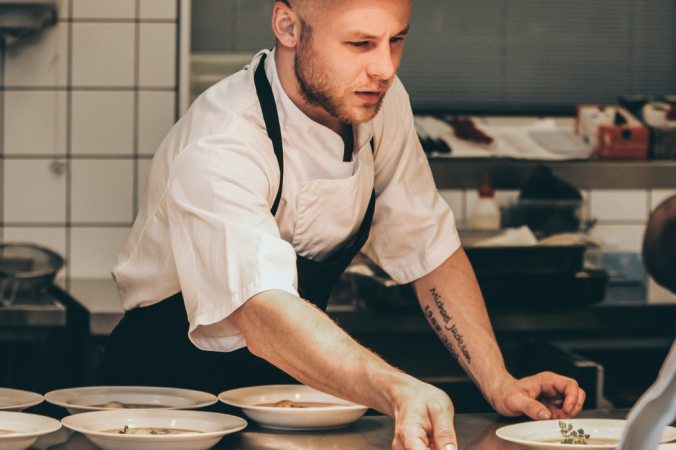 For starters, we hope the title didn’t give off the wrong impression –– this should definitely be seen as a good thing.

All over the country, Americans have been fighting to be paid a fair wage within their respective states and, they have a right to do so. I mean, after all, cost of living in individual states keeps rising and it isn’t keeping up with the minimum wage standard in the United States. Just to give you a peek, this list cultivated based off of the 2017 Annual Average Cost of Living Index ranked states like Hawaii, New York, Alaska, and Oregon as some of the top 10 states that are expensive to live in (thankfully, Michigan didn’t make the list).

So, it’s only fair that, to offset these costs, states provide their residents with liveable wages, right? Certainly, and Michigan has made some bold moves towards doing just that –– with the passing of the Michigan One Fair Wage.

The Michigan One Fair Wage proposal, as so duly noted on its official support site, seeks to raise the minimum wage to $12 by the year 2022 which would include servers, bartenders, and and whomever else works for below the minimum wage plus tips. According to their site, they feel that “All working people should get the guarantee of a minimum wage that allows them to make ends meet and increases their spending power. When working people make more money, they spend it locally, which helps drive the economy forward.”

Now, surely, this isn’t the icing on the cake when it comes to minimum wage and more should be done by legislation not only in Michigan but all across the country to ensure that citizens are able to take care of themselves and their families by getting paid a fair wage. That aside, this doesn’t mean that discrimination and injustice will not cease in the workplace.

If you have suffered an injustice, been discriminated against, had your wages withheld, or have a wage-related grievance with your current job, don’t wait around and try to resolve it on your own. Call Marko Law and we will be more than happy to handle the situation. We are certainly not intimidated by business owners, big or small, let alone the court system –– our domain. We take care of our clients and do our best to get the best possible result for your case. 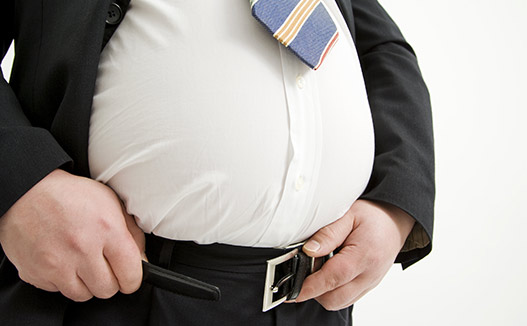 We are sure that everyone is at least partly familiar with the fact that employers are not allowed to discriminate against their employees based on certain factors like age, sex, or race.

But what about if you are overweight?

Yep, you got it. Both height and weight are covered underneath the Elliott-Larsen Civil Rights Act, MCL 37.2202 which clearly states that no employer can refuse to hire, let go, fire, etc. any employee, “with respect to employment, compensation, or a term, condition, or privilege of employment, because of religion, race, color, national origin, age, sex, height, weight, or marital status.”

Now, you might be asking –– do people really get fired if they gain a little weight or if they are overweight?

In actuality, yes, there have been many cases of employees (more specifically women) who have been fired or were denied employment simply because they were plus-sized. This is why back in 1976, the weight category was added to the act to safeguard employees against this form of discrimination.

For example, back in 2010, there was a case where a Hooters waitress was told that she either had to lose weight or face termination by her boss (even though she was a healthy weight for her height). As a result, she made a claim under the ELCRA.

The Ambiguity of Weight Discrimination Cases

Either they don’t want to interfere with any regulations or policies already put in place when it pertains to appearance or grooming OR they feel that the employer had a valid reason (like that the employee’s physical fitness level is a job requirement.)

A dental hygienist was terminated from the dental practice she worked at. She filed a lawsuit claiming that the owner of the practice discriminated against her weight by constantly making remarks about her diet, her “waddling down the hall”, and her gym habits.

Come to find out, she was fired because of disagreements regarding patient care between her and another dentist (Dr. Dyras.) It was argued that the remarks about weight were a motivating factor, however, she had been employed at the practice for 22 years and (honestly) no reasonable employer would suddenly fire because of weight issues.

Hiring The Best For Your Discrimination Lawsuit

Michigan discrimination cases are never easy and it can be difficult to know whether or not you have a strong case to bring to the table. At Marko Law, we are not intimidated by the courts or sketchy employers –– we will make sure to be thorough and provide you with the best possible result for your case.

You need an employment discrimination attorney who is not only client-focused but also driven by results. Forget the billboard lawyers and give us a call instead.

Nobody likes talking about that horrible job that they could no longer handle or maybe they were even fired. You know that one job that made you go down memory lane to see which wrong decision led you to that point? The one you showed up for one morning and before the clock rang noon, you rushed out the door and never came back. Yeah, that job. Been there.

But did you ever receive that final paycheck? No? That is why today we will be discussing a state law that governs Michigan employers, the Wage & Fringe Benefits Act, and what you can do if that ever happens to you.

Are you entitled to your final paycheck?

Under Michigan’s Wage & Fringe Benefits Act, you are still entitled to your back wages and earned commissions when you leave an employer. Whether you were fired or quit–it doesn’t matter. Employers are required to pay you. That is one of the primary purposes of the Act. Seems rather straightforward right? You work. They pay.

As a general rule, an employer must pay you for all of your hard work “as soon as that amount can be reasonably determined.” This often means that you should receive your final paycheck by your next regularly scheduled pay period.

Do you get your Commissions? When?

But what if you’re in sales? Well, Michigan has a separate law known as the Sales Representative Commission Act that provides for when commissions are due.

What if you’re a hand harvester or work under a contract?

Under contract: If you were terminated or quit your job while still under a contract, you may be entitled to an estimated paycheck for final wages from your former employer. But if the amount of wages cannot be estimated, you should still receive a final paycheck once the contract has ended.

How do you get your money back?

When an employer intentionally fails to pay you, things can get pretty ugly. If you were never paid from that last boss of yours, you may be entitled to more than just your back wages. You can file a free complaint with the Wage & Hour Program of the Michigan Department of Licensing and Regulatory Affairs.

Employment law can be very complicated. If you have a back wage issue, an attorney can help you file a complaint for your money as soon as possible. The attorneys at Ernst & Marko Law have helped many former employees get their money back that has been long overdue.  Often times, attorneys can get you additional compensation, such as attorney fees, penalties, and costs.

For today’s blog post I’m switching gears from auto accidents, and addressing a topic that will effect all of us in one way or another at some point in our lives: employment.  I receive countless calls and questions from people about their jobs.  Many times these calls involve someone (1) being fired from their job; or (2) being harassed at work and having to work in a miserable environment.  Today I am going to tell you what you can do if this happens to you.

First off, Michigan is an “at will” State.  That means someone can ordinarily fire you for whatever they want.  You remind them of their ex wife?  Fire away.  They don’t like your long hair?  Fired (luckily this hasn’t happened to me).  Personality conflicts?  Too bad.   But what about this “right-to-work” law we all have heard about?  Sorry.  Right-to-work was a dressed up name for a law that was passed to bust the unions in Michigan.  It has nothing to do with you keeping your job.  You generally never have a “right to work”, unless your employer promises you that in your contract.

However, there are exceptions.  You can’t fire or harass someone if they belong to a “protected class”.  This is legal jargon.  We all belong to protected classes, no matter who we are.  But in English this means you can’t discriminate against someone as stated below:

What are the protected classes in Michigan?

In all 50 states, federal law makes it illegal to discriminate based on:

In addition, Michigan state law also prohibits discrimination based on:

As I said above, we all belong to a protected class of some sort.  Take me for example, it would be illegal for an employer to discriminate against me because I’m: white, Catholic, or male.

So what constitutes discrimination?  There are two main types of employment discrimination: (1) Harassment; and (2) Disparate Treatment.  Let’s take a look at each one.

The legal term for this is “hostile work environment”.  It is illegal for your employer to subject you, or allow you to be in, a hostile work environment because of a protected characteristic.   An easy example is sexual harassment, but it can take many forms.  Let me give you some examples of real life cases my firm and I have handled involving harassment:

Employment law is convoluted and complicated.  You MUST contact an attorney as soon as the first signs of trouble appear so that he or she can advise you on how to handle the situation.  You don’t have to have smoking gun evidence.  Don’t keep telling yourself things will work out.  Don’t wait.  It can be too late. My clients who come and see prior to being fired are in much better shape than a client who comes to me only after the illegal employment actions have already taken place.  I have handled hundreds of employment cases, so if you or someone you know is facing an employment issue, do not hesitate to contact me.